What A Single Fatty Meal Can Do To Our Arteries 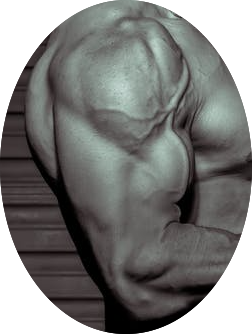 The phenomenon of postprandial angina was described more than 200 years ago: chest pain that occurs after a meal, even if you’re just sitting down and resting. This could be intuitively attributed to redistribution of blood flow away from the heart to the gut during digestion. However, such a mechanism could not be demonstrated experimentally.

The problem appears to be within the coronary arteries themselves. The clue came in 1955 when researchers found they could induce angina in people with heart disease just by having them drink fat. My video Fatty Meals May Impair Artery Function includes a fascinating graph of so-called lactescence, or milkiness, over time. It shows how their blood became increasingly milky with fat over the next five hours, and each of the ten attacks of angina was found to occur about four-and-a-half to five hours after the fatty meal, right when blood milkiness was at or near its peak. After a nonfat meal with the same bulk and calories, but made out of starch, sugar, and protein, no anginal pain was elicited in any of the patients.

To understand how the mere presence of fat in the blood can affect blood flow to the heart, we need to understand the endothelium, the inner lining of all of our blood vessels. Our arteries are not just rigid pipes; they are living, breathing organs that actively dilate or constrict, thinning or thickening the blood and releasing hormones, depending on what’s needed. This is all controlled by the single inner layer, the endothelium, which makes it the body’s largest endocrine (hormone-secreting) organ. When it’s all gathered up, the endothelium weighs a total of three pounds and has a combined surface area of 700 square yards.

We used to think the endothelium was just an inert layer lining our vascular tree, but now we know better.

Researchers found that low-fat meals tend to improve endothelial function, whereas high-fat meals tend to worsen it. This goes for animal fat, as well as isolated plant fats, such as sunflower oil. But, maybe it’s just the digestion of fat rather than the fat itself? Our body can detect the presence of fat in the digestive tract and release a special group of hormones and enzymes. Researchers tried feeding people fake fat and found that the real fat deprived the heart of blood while the fake fat didn’t. Is our body really smart enough to tell the difference?

A follow-up study settled the issue. Researchers tried infusing fat directly into people’s bloodstream through an IV to sneak it past your mouth and brain. Within hours, their arteries stiffened, significantly crippling their ability to relax and dilate normally. So, it was the fat after all! This decrease in the ability to vasodilate coronary arteries after a fatty meal, just when you need it, could explain the phenomenon of after-meal angina in patients with known coronary artery disease.

For more on angina, see the beginning of my 2014 annual talk—From Table to Able: Combating Disabling Diseases with Food—and How Not to Die from Heart Disease.

Another consequence of endothelial dysfunction is lack of blood flow to other organs. Check out Survival of the Firmest: Erectile Dysfunction and Death and Atkins Diet: Trouble Keeping It Up.

Fat in the bloodstream can also impair our ability to control blood sugar levels. Learn more with What Causes Insulin Resistance?, The Spillover Effect Links Obesity to Diabetes, and Lipotoxicity: How Saturated Fat Raises Blood Sugar.