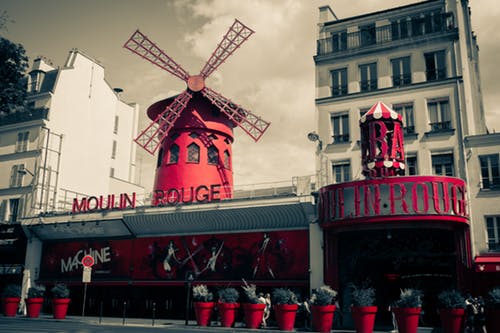 That glass of champagne being raised to welcome in the New Year is about to get a lot more expensive.

Absent a major breakthrough in trade negotiations with France, the Trump administration is preparing to raise tariffs on a host of French products – including cheeses, wines and champagne – by mid-January. That move might result in a 100% tax increase on France’s key exports in response to a pending digital tax imposed by Paris.

The U.S. move would severely impact the French wine industry and hit its sparkling wine varieties, which amount to over $775 million in exports to the United States each year, particularly hard.

TOP ARTICLES
He has ‘a lot of money to spend, so do we,’ says Trump
campaign of Bloomberg 2020 run

National Coverage. Local Perspectives.
Impact2020 is your destination for curated election coverage, focusing on local topics influencing critical states like Florida, Texas, California and the Carolinas. Offer includes one-year digital subscription for $50; renewed at $124.99 annually unless you tell us to cancel.

STAY INFORMED
“These tariffs on EU wines and spirits are going to impact consumers across all price points, from entry-level spirits to luxury level,” Michael Bilello, a senior vice president at Wine & Spirits Wholesalers of America, told McClatchy, warning it could cost significant American jobs. “We’re talking about a trade with 88,000 American jobs, over 370 family-owned American businesses in over 3,000 locations nationwide – across every state and in every congressional district.”

The liquor industry has been fiercely opposed to Trump’s tariff plan, warning it could impact consumer behavior in a thriving market. The Distilled Spirits Council of the United States, the Kentucky Distillers’ Association, and the American Craft Spirits Association have all come out against the tax increase.

“You have an exploratory culture in the industry now where consumers are being exposed to new and different brands – it’s led to what is called premiumization, where millennials are drinking less but higher end,” Bilello said. “These taxes could disrupt the trends in the industry that have been very positive and led to growth.”

In October of this year, the Office of the U.S. Trade Representative imposed a 25% tariff on select wines from France, Spain, Germany and the United Kingdom. That round excluded sparkling varieties and wines with over 14% alcohol.

But the next round threatens to increase tariffs on all varieties, as well as goods such as cosmetics, handbags and cheese – a total of over $2.4 billion in annual French imports.

It is a response to France’s intention to proceed with a plan that would compel major digital companies, including American giants such as Google, Facebook and Amazon, to pay more in taxes for their operations in France.

French officials believe the large tech companies have circumvented tariffs for years by developing headquarters in low-tax European capitals, and several other European governments – including the United Kingdom and Italy – are also debating imposing digital taxes. But French diplomats fear that Paris has now been disproportionately targeted by the Trump administration because it would be the first in Europe to proceed with a policy to close the loophole.

“In recent months, the U.S. president has repeatedly threatened to tax French wines in response to the decision taken by France to adopt a tax on digital services,” the trade group said, calling on Macron to take “all the necessary initiatives, at the national, bilateral and international levels, so that our sector does not pay the price of the economic and political choices made by France.”

The White House declined to comment. The Office of the U.S. Trade Representative did not respond to a request for comment.

A study published in the spring by National Media, a political ad-buying firm, found that Democrats drink slightly more wine than Republicans – but that GOP voters still drink their fair share.

Wine consumption does not correlate neatly with regional political trends, according to data released by the National Institutes of Health, making it difficult to interpret what political consequences, if any, might be in store for Trump should he follow through with the tariff plan.

The NIH data shows that the nation’s four largest states – California, Texas, New York and Florida – are the largest consumers of wine. But a per capita breakdown reveals a different picture, with residents of Idaho, New Hampshire and New Mexico leading the nation in wine drinking.

In New Orleans, a city with deep French roots, David Kenney, vice president of Uncorked Wines, said the impact of a tariff increase would be felt across the country in the food and beverage industry, regardless of the political leanings of the region.

“The longer the current tariffs that are in place last, and if there are new and increased tariffs, people will begin to see prices creep up,” he said.

Kenney said that his store, which survived Hurricane Katrina, was looking toward other markets in South America, Africa and Australia to substitute for some European varieties. But he doubts the supply will be big enough to support a one-to-one transition.

“We’re planning for a potential downturn in business. If things play out the way we’re speculating, instead of a 15% increase in sales, we may see a 15% downturn,” he said. “We’re potentially erasing any gains next year, possibly going backwards a little, and that would limit or reverse our decision to hire more people.”

“Depending on the tariffs, we might have to lay off people, which had been the last thing on my mind,” Kenney said. “I think the common view is frustration with the situation in general. And there’s frustration with not knowing.”