The Truth About Canned Wine 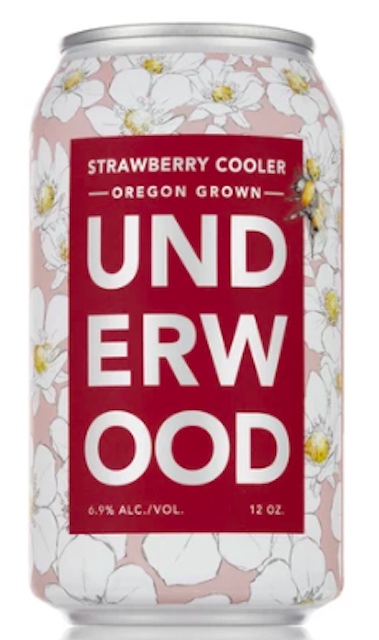 Imagine going on a hike or heading out for a picnic and being able to bring a great wine along with you. Sure, you could bring a bottle and pair it with a few glasses and be on your merry way. But by the time you think about how to secure all of the glass — and don't you dare forget your bottle opener — it's all a little much.

Wine in the bottle, as it has been for hundreds of years,g definitely has its place at the table, but its new cousin is on the scene, and canned wine doesn't seem to be going anywhere.

It's a popular sector of the industry that's only growing, and as consumers catch on, even more wineries are heading toward the canning line. But what exactly is the difference? Are canned wines and bottled wines the same? We took a deeper dive to find out more. This is the truth about canned wine.

Canned wine has been around longer than you think

As you stroll down the beverage aisle, it's liquors, beers, and hard seltzers as far as the eye can see. But if you're really paying, things are certainly changing in the cold can selection. There are more cans of wine on display next to seltzers and beers, and cans even have their own shelf in the wine section at some stores. And although this may seem like a new phenomenon because of how quickly the concept is catching on, canned wines aren't entirely new.

According to Marketwatch, The Family Coppola, a winery based in Geyserville, California, was the first winery to debut mini canned wines in the US in 2003. They hit the market with 187-milliliter cans with straws attached for their Blanc de Blancs, but the whole concept was pretty slow to catch on. It's been quite a few years since the mini can's first debut, but The Family Coppola kept at it, and still offers canned wine, now in other sizes and varieties, as well.

When The Coppola Family first debuted canned wine in the U.S. in 2003, it was largely ignored by both consumers and the rest of the wine industry. But that all changed in 2014.

According to Wine Spectator, Union Wine Co. was a major player in kicking off the canned wine movement happening today. Union introduced its Underwood Pinot Noirof and Pinot Gris wines, which they canned in 375-milliliter cans, the same size as half of a bottle of wine. Once they introduced their canned option, Underwood's production of canned wines increased, with 55 percent of its wines being sold in cans.

The trend Underwood experienced is the same other wineries turning to cans began to experience as well. According to Forbes, a report from an alcohol market research firm stated that canned wine is only 2 percent of the wine category, but it's certainly growing. Sales of canned wines increased 43 percent from June 2017 to June 2018, and sales and popularity have been near doubling every year.

Canned wine is made the same as bottled wine

The wine-making process is one that takes precision and expertise.

Grape varietals are picked at the ideal timing and ripeness, destemmed, and then pressed to begin the time-consuming task of making wine. Depending on whether a white or red is being made, yeast is introduced at a specific time in the process to begin fermentation, which ultimately is what turns sugar into alcohol to give you that buzz.
Throughout the process, a winemaker may also decide to age the wine in barrels made of oak, stainless steel, or other materials, for a specific period of time to achieve certain flavor characteristics.

And while canned wine may seem like it has gone through an entirely different process, just because of the container it finds its way into, it is actually made just the same.

Director of winemaking at Union Wine Co., JP Caldcleugh, told SevenFifty Daily that they put the same exact same wine in bottles that they do in a can. A winemaker may determine certain types of wine are better for cans than others, but the actual process of making the beverage remains just the same.