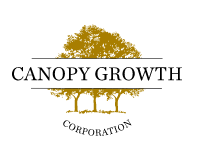 Klein will replace Mark Zekulin, who has been leading the company as its sole CEO since Bruce Linton was forced out of his co-CEO role in July amid increasing pressure to turn a profit. Canopy shares rose as much as 13% in Toronto, while Constellation dipped 1.3% in New York.

“Canopy Growth sits at the forefront of one of the most exciting new market opportunities in our lifetime,” Klein said in a statement. “I look forward to working with the team to build on the foundation that has been laid, to develop brands that strongly resonate with consumers, and to capture the market opportunity before us.”

In an interview at Bloomberg’s New York office, Linton said he believes Constellation is preparing to acquire the remainder of Canopy to take advantage of its “disruptive” portfolio of cannabis beverages and its research into marijuana’s medical applications.

“All these things are mega medium- to long-term outcomes, and Constellation has the best seat in the house to see that,” Linton said. “What they may say is, ‘We can actually buy the whole thing and about two years after we buy it, sell the medical division for more than we paid for the whole thing.”’

Given Constellation’s “opportunistic mindset,” Cantor Fitzgerald analyst Pablo Zuanic said he’d assign more than two-thirds probability that it will bid for the rest of Canopy in the near term. “On the argument of an improving outlook for the cannabis industry, we think STZ could justify a deal,” he wrote in a note, using Constellation’s stock ticker.

However, it won’t be an easy decision given the state of Constellation’s balance sheet, the earnings-per-share dilution that would result from a deal and a likely near-term hit to its share price, he said.