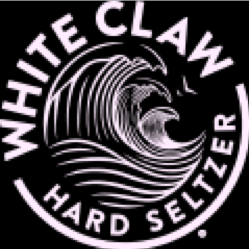 In 1992, Subaru unveiled its sensible Impreza hatchback with a commercial featuring an unkempt, pre-“Saving Private Ryan” Jeremy Davies behaving like most alternative-looking young men that year, which is to say talking very quickly. The thesis statement Davies makes about the Impreza is this immortal, unfortunate pronouncement: “This car is like punk rock!” Incidentally, the commercial itself is very much like punk rock in that it’s unpleasant both to look at and to listen to.

Photo Nov 24, 8 31 05 AM.png
The campaign did not go well. If there is one group of people that likes to run its mouth more than men Jeremy Davies’ age in 1992, it’s rock critics. And the favorite topic of the rock critics who were young the year punk broke—and in their forties at the height of the grunge era—was what punk was and was not. Have you ever asked one about it? Don’t! The self-appointed standard bearers of culture get real precious around the subject of punk rock, and I can guarantee you you’ll want to go full GG Allin* before the conversation wraps up.

[*GG Allin was a New York punk rock personality who planned to kill himself at one of his concerts via TNT inserted into his rectum. He ended up dying of an overdose before he had the chance. If you want to hear God laugh, make a plan to stick dynamite up your butt.]

I bring all this up because I am a self-appointed cultural standard bearer in my forties now, so I can tell you the following with authority: White Claw and all of the lesser-known hard seltzers are the punkest shit ever, and if we quit complaining about them for five minutes, they might just save the beer industry from itself.

Just as punk distilled rock music to its essential ingredients (three chords and terrified parents), spiked seltzer gets us back to the basics of drinking. While the country’s indie breweries were adding notes of pine, stone fruit, and cardamom to their products, the brains behind White Claw posed a question that spoke to the college freshman in all of us: what if water got you drunk? Sex Pistols impresario Malcolm McLaren couldn’t have done it better himself.

Let’s look at what’s happened to beer in the last few years. The industry is experiencing its slowest growth in a decade as customers slowly gravitate toward wine, spirits, and the quickly growing legal-weed industry. And within beer sales, the predictable, perfectly tasty domestic brews that got us through college—your Bud Lights, your Miller High Lifes, your Pabst Blue Ribbons—have steadily declined in market share. Craft breweries are taking up the slack, with India Pale Ales leading the charge.