As Climate Change Hits Florida Agriculture, Could The Future Be Carbon Farming? 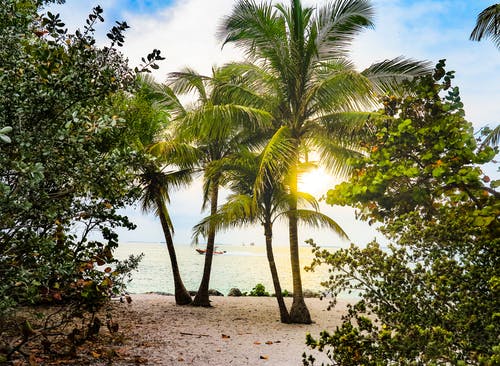 While most residents can simply turn up the AC, there is one powerful group in Florida that can’t afford to ignore troubling changes in temperature and rainfall patterns across the state: farmers.

The agriculture industry, one of the state’s most politically and economically important forces, has largely stayed quiet in the climate change conversation even as the impacts have begun to take a toll on the bottom line. That is changing fast, as more farmers and ranchers open up about the impacts of a warming world on their crops and livestock — and propose ways they might help fix it.

“I had a big blueberry grower come up to me and say ‘I’m not a flag-waving human-caused climate change guy, but something is out there and it’s affecting my business and I want to learn about it’,” said Jack Payne, head of the University of Florida’s Institute of Food and Agricultural Systems program.

Earlier this month, a newly formed group of Florida agricultural leaders met with U.S. Rep. Kathy Castor, D-Tampa, who heads the congressional committee on climate change, to talk about what is happening in fields, pastures and forests.

“This is producer led. That means we’re farmers, ranchers, foresters who’ve come to the table to talk about this subject, which has been something of a taboo for the agricultural community in the past,” said Lynetta Usher Griner, a timber producer from North Florida who co-chairs the group. “We acknowledge we may be part of the problem — we’re not all of the problem — but we can be part of the solution.”

In Florida alone, agriculture runoff, laced with fertilizer nutrients, is considered one of the primary fuels feeding blue green algal blooms that plague both coasts, declining water quality across the state and complications to Everglades restoration efforts.

And a newly released report from the United Nations’ Intergovernmental Panel on Climate Change revealed that agriculture, food production and deforestation produce about 23 percent of all human-induced greenhouse gas emissions. Beef, in particular, was singled out for its outsized carbon footprint compared to other livestock and agriculture.

“It’s kind of a Catch-22. You have to feed people, but you’re causing problems,” said Payne, whose university supports the new group, known as the Florida Climate Smart Agriculture Initiative.

The industry is already feeling the effects of climate change, in fluctuating rainfall, higher temperatures and stronger storms. Farmers have always endured extremes in Florida, particularly sporadic droughts, but many in the industry believe the climate is changing in more profound ways.

“Since 2010 we haven’t had any real cold,” said Miami-Dade County Agricultural Manager Charles LaPradd. “It allows pests or insects to flourish.”

He said growers are already changing how they fertilize and spray for pests in response, but the big concern for low-lying South Florida is saltwater inundation for the wells they use to water their crops. Plus, there’s the impact of extreme heat on outdoor workers, who currently have no federal or state legal protections from heat stress.

But experts say the industry could play a role in solving the problems that plague it. Florida’s 26 million acres of agricultural land suck up a lot of carbon from the atmosphere, filter water into the aquifer and provide habitat for endangered species like the Florida panther.

“Most people think of Florida agriculture, all we deliver is food, fiber and fuel. This group has come together with the idea that we provide other services that people don’t give us credit for,” Griner said. “You don’t realize when you’re ordering a cheeseburger that you get a side of saving panther habitat.”

And of course, like anything else they produce, Florida producers want to get paid for those services.

Paying private landowners for environmental services that benefit the whole community isn’t a new idea. Payne points out the South Florida Water Management District already pays ranchers and citrus growers to store water on their property as part of its Everglades Restoration Plan.

“It’s a lot cheaper than going out and building new water catchments,” he said.

Miami-Dade County also has a program that buys development rights from agricultural land owners. So far, LaPradd said, the county has purchased more than 800 acres worth.

Griner envisions a Florida model where farmers could sign contracts to not touch open space or woodlands on their property for a certain amount of time, effectively “carbon farming.” She said it would help farmers financially weather the pressures that lead many to leave the business, including the rapacious growth of residential real estate.

“A thousand people a day move to Florida,” she said. “I think it’s so important that we not totally develop our state.”

Paying agricultural producers as a way to stave off development is something the conservation community has discussed for “quite awhile,” said Greg Knecht, deputy execute director of The Nature Conservancy Florida.

“If those pasture lands in Central Florida are converted to subdivisions for people, you’ve lost that recharge and that carbon storage and all those other services,” he said. “We all have to recognize the benefits those lands provide. The question is how do you put a value on them?”

There are a few studies that have attempted to put a dollar value on agricultural land, including a 2012 study from UF that pegged the value of managed forestland at more than $5,000 an acre over 20 years, but coming up with a number everyone agrees on is tricky.

Griner said she plans to take her idea to Tallahassee soon and see if the Ag Smart group can find a legislator willing to write a bill, and in the meantime she’s hoping to partner with a water management district on a pilot project.

Castor, at the meeting with farmers, appeared to support the idea. She told them “we’re looking at ways to make sure producers who are contributing to climate solutions like that get credit for doing so.”

The group is also hoping the legislature will fund a state climate assessment, like California does, to assess how much has already changed in Florida so far and what’s vulnerable in the future —a $10 to $16 million effort.

But first, she said, she wants to come up with a better phrase than “ecosystem services.”

“I’m not crazy about the term,” she said. “It sounds like someone is coming to do your lawn.”