Are Beyond Meat And Impossible Burgers Better For You? Nutritionists Weigh In. 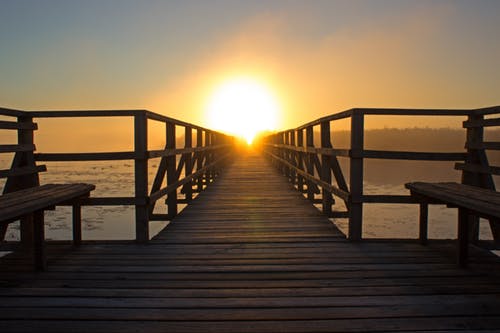 There’s no arguing that plant-based meat alternative companies are in high demand right now. Beyond Meat went public on May 1, and Impossible Foods, known for its burger that bleeds, is reportedly valued at $2 billion. The companies’ burgers are sold at several fast-food and restaurant chains, including Burger King, White Castle, Red Robin, Carl’s Jr. and TGI Friday’s. In June, Impossible even reported a burger shortage following increased sales and restaurant partnerships.

Sure, plant-based meat alternatives are better for the planet than meat, but a viral blog post called “Beyond Meat Is Beyond Unhealthy” got the internet wondering: Are they really that much healthier for our bodies?

We asked nutritionists to weigh in on how they measure up to traditional beef burgers and other popular veggie burgers.

The high protein comes from processed sources.
Rachel Fine, a registered dietitian nutritionist and owner of To the Pointe Nutrition in New York City, said the Beyond and Impossible’s lists of ingredients paint a more telling picture of their healthfulness than the nutrition labels do. Beyond Burgers have 18 ingredients, and Impossible Burgers have 21.

Engineered to be meat-like, both contain similar protein counts to ground beef. But Fine said quality over quantity is what matters, and the high protein in Beyond and Impossible burgers comes from processed plant-based ingredients rather than whole foods, which are a more healthful option.

Beyond Burger Plant-Based Patties have 20 grams of protein and Impossible burgers 19 grams per 113 gram serving. Ground beef with 20% fat, often recommended for burgers, has 17.1 grams of protein per 100 grams, according to the U.S. Department of Agriculture.

Beyond lists pea protein isolate as its second ingredient; the first is water. Fine said this isn’t necessarily problematic — it’s just not a whole food, and protein supplements, like pea protein isolate, are unhealthful when over-consumed.

“One thing I always tell clients is when you’re looking at plant-based foods, look for ingredients high on the list that are whole foods,” Fine said. “The problem with a lot of additives is that we just don’t know the long-term effects of them, whereas a beef burger could just be one ingredient: beef.”

Soy and potato proteins are the main protein source for Impossible Burgers. Robin Foroutan, a registered dietitian nutritionist in New York City who specializes in integrative medicine and is a spokeswoman for the Academy of Nutrition and Dietetics, said this could be a problem for people with soy allergies.

“I don’t see anything in either of the ingredient lists or the nutritional panels that would raise a red flag,” Foroutan said, referring to both Beyond and Impossible products.

“It’s important to keep in mind that things like processed soy and other kinds of processed foods should be eaten in moderation,” she said. “So, it wouldn’t be something that I’d advise people to eat regularly, but certainly for people who are trying to cut down on red meat and that are vegetarian or vegans.”

Another popular veggie burger, Gardenburger, also owned by Kellogg, contains cooked brown rice, mushrooms and rolled oats as its first three ingredients. Fine said these whole foods offer good sources of fiber. Gardenburger has 5 grams of protein per 71 gram burger. (Unlike Beyond and Impossible, these veggie burgers are not vegan.)

“Your burger doesn’t really have to have 20 grams of protein,” Fine said. “If it has 10 grams, that’s a great source of protein. I’d rather the protein come from eggs or legumes, not isolates.”

The amount of saturated fat is comparable to beef.
Coconut oil is another main ingredient in both Beyond and Impossible products. Michele Sidorenkov, a Phoenix-based registered dietitian nutritionist and trained chef, said coconut oil is high in saturated fat but is commonly thought of as a healthful fat.

“While there might be some public support for coconut oil’s health benefits, the overall body of research and research-based recommendations say to limit coconut oil, and coconut oil fats are not as healthy as other plant-based, unsaturated oils, like olive oil or canola,” Sidorenkov said.

The Beyond Meat company went public on May 1.
In fact, the American Heart Association issued an advisory against consuming coconut oil, saying it is 82% saturated fat, which can raise LDL, or “bad,” cholesterol similar to the way butter and beef fat do.

The addition of coconut oil gives Beyond and Impossible burgers comparable saturated fat levels to beef: Beyond has 6 grams, Impossible 8 grams and beef 7.6 grams.

When it comes to calories, beef, Beyond and Impossible burgers are about the same. Uncooked ground beef has about 255 calories per 100 grams, while Beyond patties have 250 calories and Impossible 240.

The traditional veggie burgers range from 100 to 110 calories.

By comparison, a Five Guys’ 94 gram hamburger patty has 50 mg of sodium, with the bun alone boasting 330 mg. For burger menu items with a bun and toppings, the Keep It Simple beef burger at Red Robin has 770 mg of sodium and a Burger King Whopper sandwich brings in 980 mg.

The American Heart Association suggests a sodium limit of 1,500 milligrams per day, but no more than 2,300 mg. Most Americans consume too much sodium, increasing the risk for high blood pressure, stroke and cardiovascular disease.

Packaged foods are generally higher in sodium, and packaged traditional veggie burgers are no exception. Per serving, Boca has 350 mg of sodium, Gardenburger 490 mg and Morningstar Farms 390 mg.

Opting for beef and seasoning it yourself rather than purchasing packaged burgers will offer more control over sodium intake, Fine said.

So are Beyond and Impossible better than beef or what?
For the environment? Yes. For your health? Not necessarily, especially depending on your particular dietary needs.

“I am very optimistic about the food technology industry and am hopeful that Beyond Meat or Impossible Burgers can help reduce livestock carbon emissions,” Sidorenkov said. “The biggest challenge with alternative burgers is that they have to taste good, and unfortunately veggie burgers just haven’t been able to sway meat eaters to make the switch. Beyond Meat and Impossible Burgers actually taste like real meat, which is truly the only way you can get people to convert.”

Environmental sustainability aside, nutritionists worry that a health halo effect around plant-based meat alternatives may exist. They say the Impossible and Beyond burgers are not necessarily unhealthful but are also not necessarily more healthful than beef.

“From a health perspective, there’s two sides of it,” Foroutan said. “One is that most Americans eat too much red meat, so including more vegetables in their diet is a really healthy thing to do. However, even though these are vegetarian, it’s not the same. It’s not like you’re actually eating vegetables. They’re processed vegetarian products.”

“Don’t choose it to be a healthy alternative; choose it because you really like it,” Fine said. “When I want to have a burger, I need to have the real deal for it to be completely satisfying. That, in turn, helps me maintain a healthy lifestyle because I’m satisfying my cravings.”