The Julia Child Award Is The Latest Accolade For Jose Andres 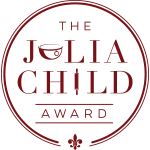 Let’s hope José Andrés still has the stylish tuxedo he wore at the Academy Awards a few months ago: He’s got another awards ceremony on the horizon. The chef is the latest recipient of the Julia Child Award, the Julia Child Foundation announced Tuesday.

Andrés will be the fifth recipient of the award, following restaurateur Danny Meyer, chef Jacques Pépin, chef Rick Bayless, and co-recipients and restaurateurs Mary Sue Milliken and Susan Feniger. The award is given to “an individual (or team) who has made a profound and significant difference in the way America cooks, eats, and drinks,” per a release from the foundation. The award comes with a $50,000 grant from the Julia Child Foundation. Andres reportedly will give those funds to his nonprofit World Central Kitchen.

The news follows a season in which the chef’s humanitarian work has been at the forefront of his image. During the recent government shutdown, World Central Kitchen served up thousands of free meals each day to furloughed workers. That kitchen was much like the relief he and his company have provided over the last decade in the wake of natural disasters around the world, including the 2010 earthquake in Haiti, Hurricane Harvey in Houston and the Camp Fire in California. After Hurricane Maria left Puerto Rico without power in 2017, Andrés and his team provided more meals to people living on the island than any other nonprofit or government agency (around 2.2 million).

“José’s passion and ability to act independent of conventions or the status quo, combined with his commitment to the greater good, has made him not only an innovative and supremely influential teacher, but also someone Julia would have both admired and applauded,” said Eric W. Spivey, chairman of the Julia Child Foundation, in a statement announcing the news.

For his humanitarian efforts, Andrés was awarded a National Humanities Medal in 2016, and in 2018 was named the James Beard Foundation’s Humanitarian of the Year and one of Time magazine’s 100 most influential people. He’s also up for a Nobel Peace Prize.

Oh yeah, and there’s also his restaurants, which number more than two dozen, from the 16-year-old Jaleo to the fast-casual chain Beefsteak to the Michelin-starred Minibar. Jaleo and Minibar have also won the chef a pair of James Beard awards.

The chef also has a personal connection to Child: Andrés, born in Spain, learned English by watching her cooking show. “I was fascinated by the way she would express herself,” Andrés told PBS, as noted by the Washington Post. “The way she will seem to enjoy life. The way she will make you feel like that one chicken she had in front of her was the most important thing in the history of mankind. And I guess, in part, I learned English watching that woman.”

Andrés will accept the award at a ceremony this November at the National Museum of American History, home of Child’s kitchen. Celebrity chef Samin Nosrat, TV host Andrew Zimmern, and Pépin will be among the speakers. But Andrés won’t just get to sit back and let the applause roll in: He and his team are reportedly responsible for creating the event’s menu.