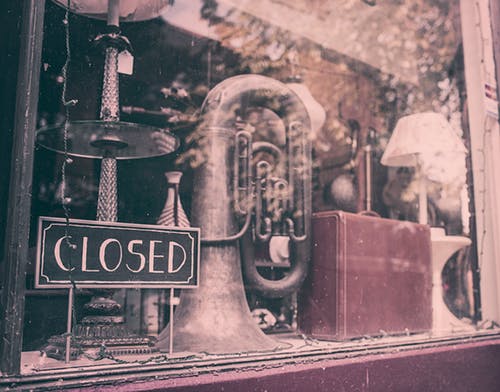 Constellation Brands will shutter two Ballast Point Brewing facilities in Southern California, and back out of a plan to open a brewpub in San Francisco, Brewbound has learned.

A spokeswoman with the New York-based beer, wine, and spirits company today confirmed the closure of Ballast Point Brewing’s 80,000 sq. ft. “Trade Street” sour beer and barrel-aging facility, which opened in San Diego in late 2017, as well as its Temecula, Calif.-based brewpub, which opened in 2016.

“I can confirm [the] closure of these two facilities due to right-sizing our cost structure based on recent craft trends,” spokeswoman Stephanie McGuane wrote to Brewbound via email.

McGuane added that Constellation has also abandoned plans to open a brewpub in San Francisco’s Mission Bay neighborhood, where the NBA’s Golden State Warriors are building a new stadium.

As of press time, it’s unclear how many jobs will be affected as a result of the closures, but McGuane said the company would work to help impacted employees “transition to opportunities either within or outside the company.”

Operations at the “Trade Street” location will “transition over the coming months,” McGuane said, while the Temecula brewpub will close immediately.

Layoffs could extend beyond the brewery and brewpub locations, as well. A source with knowledge of the situation said sales positions in the South and Midwest were also eliminated.

At the time, Constellation provided the same reasoning for the layoffs. The company described the cuts as a “right-sizing” as it reorganized sales operations and tasked reps in the imports division (Corona, Modelo, Pacifico, and Victoria) with overseeing sales of the company’s acquired craft labels.

“To realize our full potential of our craft and specialty platform, we must drive tighter alignment with our core imported beer business and this will better position us for long-term growth,” spokeswoman Jamie Stein, who has since departed Constellation, said at the time.

Those layoffs came on the same day Constellation announced a $4 billion investment in Canopy Growth Corporation, a Canadian cannabis company.

Growth for one of Constellation’s more scrutinized investments, Ballast Point, has not materialized in the 3.5 years since it was acquired.

After peaking at about 403,000 barrels produced in 2016, the nationally distributed brand has suffered declines. The company made 377,000 barrels of beer in 2017, the last year for which production data was available from the Brewers Association.

Amid the layoffs and closures, Constellation has continued to pursue brewpub expansions across the country and has consolidated its brewing operations to a brewing campus in San Diego’s Miramar neighborhood. It also introduced redesigned packages, lowered pricing and purchased pricey airtime during the 2017 World Series in an effort to stimulate growth.

While it remains to be seen if the remaining Southern California brewpubs will be successful, the other initiatives have not helped to offset declines.

“Ballast Point will continue to have a robust presence in Southern California, and we remain committed to providing consumers with great tasting, quality products they have come to enjoy,” McGuane said.