Pot Companies On Hiring Spree Ahead Of Lucrative Legal Market 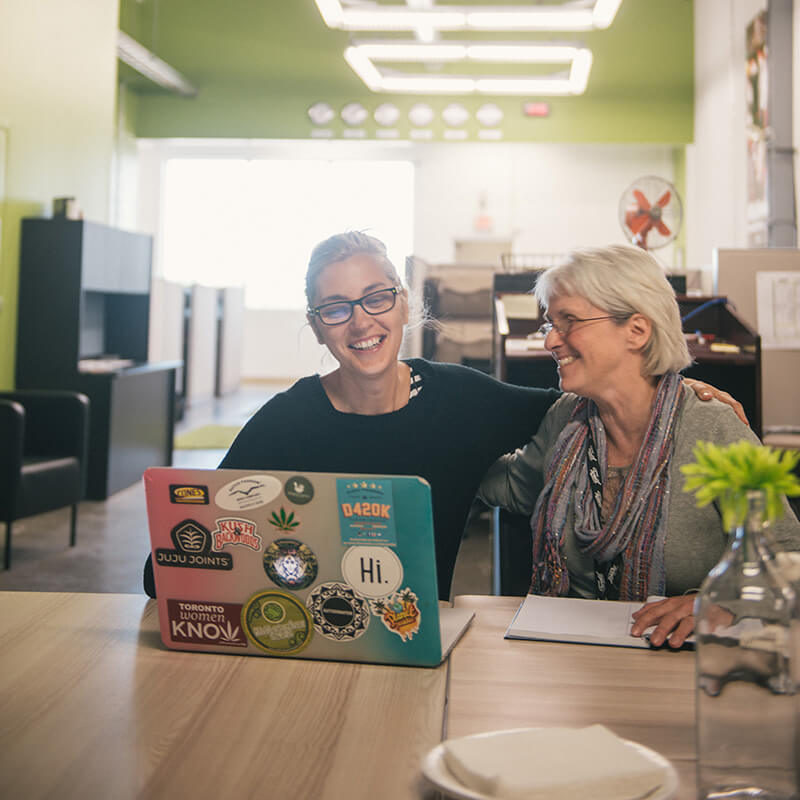 
Considering a career in the cannabis business? Now may be the time to take the plunge as licensed marijuana companies ramp up production and rush to fill jobs ahead of pot's legalization in Canada on Oct. 17.

"It's crunch time," said Jordan Sinclair, vice-president of communications for Canopy Growth, based in Smith Falls, Ont. "This is probably the peak insanity for the HR team."

The medical marijuana company has about 1,000 employees, but that number will soon balloon by more than half. It's looking to fill upwards of 600 new positions as the company prepares for the recreational pot market.

Accounting firm Deloitte estimates Canadians will spend up to $4.34 billion on legal pot in 2019.

Canopy Growth's postings range from head office positions in IT and accounting to production jobs, such as plant trimmers and growers.

The company also needs to fill many retail positions. It has agreements with Newfoundland and Labrador, Manitoba and Saskatchewan, and is negotiating with Alberta to open stores selling recreational pot under its Tweed brand.

"This hiring blitz that is happening right now in all the retail and all the sales is going to be the most intensive that we'll have," said Sinclair.

He says retail workers on the front line need to be up for the challenge, because their job will include advising customers who have never tried weed.

"There's an art to it because there's lots of information," he said. "We're acutely aware if people have a bad first experience, they might not have a second experience, so we have to nail that."

LCBO hiring
The Ontario government will set up its own recreational pot stores, operated by the Liquor Control Board of Ontario. The LCBO is also on a hiring spree, recruiting retail staff and managers for its first 40 pot stores across the province.

Ontario's premier-designate Doug Ford has suggested he may allow private retail stores to set up shop as well.

"Now and within the next year, we're going to see a significant amount of jobs in the industry," said recruiter Alison McMahon in Edmonton. Her staffing agency, Cannabis at Work, recruits for pot companies and is working with the LCBO to fill manager positions.

McMahon's agency recently compiled salary data form 19 licensed marijuana companies and found that pay for jobs involving cannabis cultivation has increased by as much as 14 per cent compared to 2017. Currently, a master grower can make up to $93,000 annually.

McMahon believes the pay hike is rooted in the fact there's not yet a large pool of experienced cannabis growers. Post-secondary schools such as Niagara College in Welland, Ont., are starting pot production programs, but it will take time before graduates start flooding the market.

"If an employer is looking for previous cannabis cultivation experience, they are some of the hardest jobs to fill," she said.

But not everyone got a raise. Her report found salaries have actually declined by six to eight per cent for more mainstream fields in the industry such as human resources and accounting. McMahon says that could be because, as marijuana becomes more socially acceptable, those jobs have become easier to fill.

"Previously some of those roles, you may have had to entice people to come into the sector because of the stigma."

A respectable profession
Jason Fleming with MedReleaf in Markham, Ont. says the stigma is waning with legalization, making recruitment much easier.

"It's kind of being identified as a new industry with a lot of opportunities as opposed to something to be heavily debated," said Fleming, vice-president of human resources for the medical marijuana company.

MedReleaf is hiring for dozens of positions in production and sales in preparation for the recreational market.

"I've got people aggressively pursuing us to join our organization. They're willing to leave different, well-established industries to join us," said Fleming.

Ten months ago, David Bigioni walked away from his job as vice-president of sales at Molson Coors to take a job as chief marketing officer for Canopy Growth in Toronto.

The federal government has laid out strict regulations for marketing cannabis, but Bigioni says he's ready for the challenge in a business that's about to ignite in Canada.

"It was really about the opportunity to shape an industry and change a culture," he said. "We're in the process of taking this industry out of the shadows and into the light."